RaceCafe Where The Biggest And Best Comps Are.... More To Come Soon...Bigger And Better.
Memorial For Taiki Yanagida Next Monday 15th August 1pm Matamata Racecourse, Epsom Lounge, All Welcome To Attend.
Followers 5 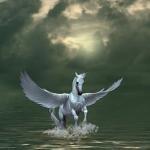 By Pegasus 9, May 26 in Thoroughbred Cafe